Every Memorial Day, INFINIT teams up with a charitable organization that works to support our active servicemen and women, retired Veterans, and their families. It’s an annual tradition that we are proud to continue, and this year we're excited to be teaming up with Ride It Out MTB to help support their mission of empowering Veterans by giving them positive outlets for stress and anxiety through mountain biking. 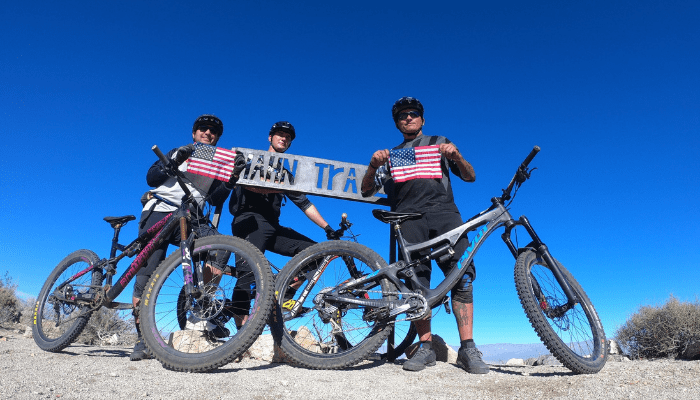 We got the chance to meet Ride It Out’s Founder/President, Clayton Peterson, at the 2019 Sea Otter Classic. He had made the solo weekend trek all the way up from Arizona (where he was stationed at the time) to the Laguna Seca Raceway in Monterrey, California to work the event, help raise awareness for RIO, and connect with vets attending the event. 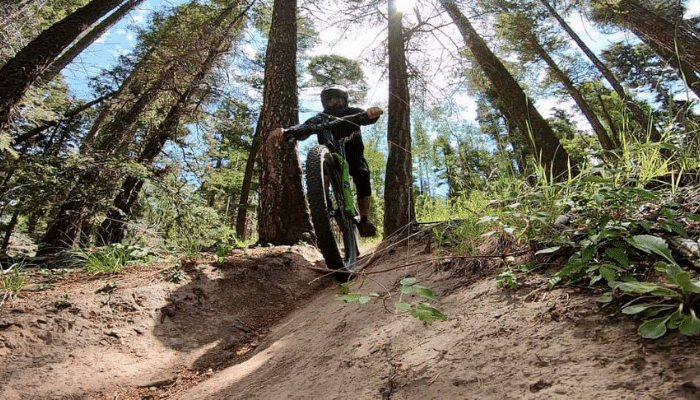 During his 20 year military career, and through his multiple deployments and training missions, he found himself experiencing high levels of stress, and he knew he needed to find an outlet.

“It’s hard to be stressed out from an emotional past event or generally unhappy while riding bikes. I find the feeling of the few moments after a firefight very similar to the same feeling you have after surviving a very steep and technical trail.”

In 2013, while stationed in Washington state, Clayton discovered mountain biking and instantly knew it was the sport for him, and the outlet he was looking for. His lifelong passion for BMX transferred over to mountain biking, and in no time he started opening up, meeting new people, riding awesome trails and transforming as a person. 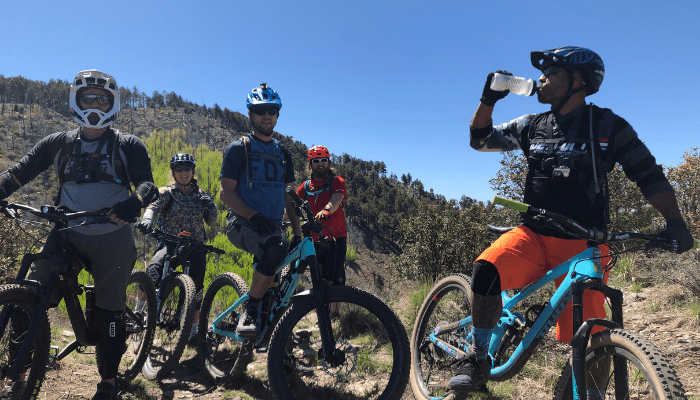 In 2015, while riding the chairlift at Snowshoe Bike Park in West Virginia, he got the idea for Ride It Out. He had been out riding and talking to a buddy who was asking very pointed questions about deployed experiences.

He was sharing a story that normally stirred up a lot of stress and emotion, but this time was different. This time he found himself feeling much more calm and at peace. Clayton mentioned this to his friend, to which he responded, “Yeah man. Sometimes you just gotta ride it out!”

It was at that point that he realized mountain biking had saved his life, and he wanted to share the life changing experience of riding with his fellow Veterans. 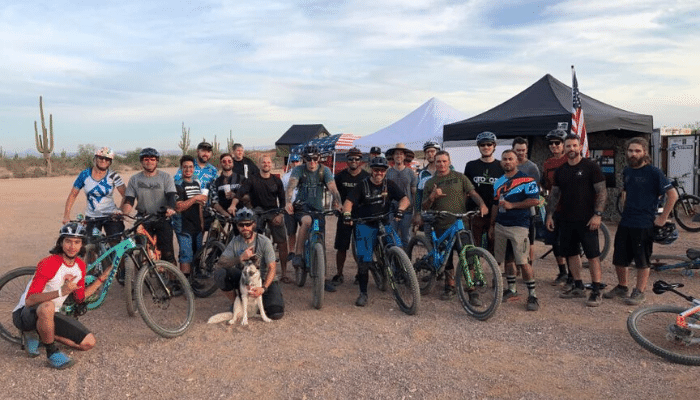 Tons of studies have demonstrated the combined mental health benefits of being in nature coupled with the rush of physical activity. Some researchers have even started incorporating mountain biking into mental health treatment programs.

As RIO's founder explained, “It’s hard to be stressed out from an emotional past event or generally unhappy while riding bikes. I find the feeling of the few moments after a firefight very similar to the same feeling you have after surviving a very steep and technical trail.”

In 2017 RIO was launched as a mountain bike team for Veterans Adventure Group, and in the summer of 2018 Ride It Out MTB became a stand alone 501(c) 3 Non-Profit Organization. 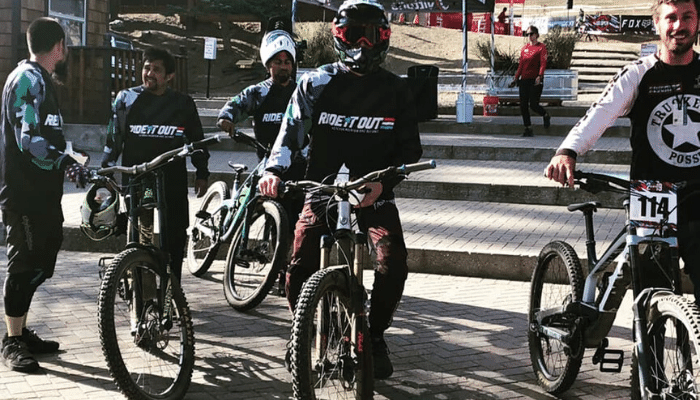 Ride It Out aims to connect, support, and enable Veteran and Active Duty mountain bikers who already ride. RIO also helps give Veterans interested in mountain biking the ability to start participating in the sport. The money they raise goes directly to RIO riders to help keep them equipped, their bikes maintained, and to allow them to explore new riding zones through epic trips around the US.

Mountain biking is not only fun, and awesome stress outlet, but it also requires focus, resilience, and provides consistent challenges to overcome, in the form of hills, stones, inclement weather, mechanical issues — All combined, making it a natural form of therapy.

“In the 2.5 years I have been out riding with Veterans I have seen profound changes in some of my riders. I have had family members of Vets that I ride with thank me for riding with them, listening to them share their stories, and helping them push their limits. Personally, I’ve noticed changes in how I react to situations and interact with people, and I can honestly attribute it to riding.“

This Memorial Day, RIOMTB will be holding the War Fighters Bike Giveaway — Giving away 25 bikes to 25 Veterans from all branches of the armed forces. Out of 300 applicants, these 25 Veterans were selected for the opportunity to choose from a Marin Cycles Rift Zone or Hawk Hill, and they will also receive a helmet from Kali Protectives, and Infinit Nutrition gift card, and a CamelBak hydration system.

This giveaway is the result of over two years of work and thanks to donors who contributed over $48,000 to make it happen. RIOMTB plans on using the proceeds from the Infinit Memorial Day drive to further equip these riders with a jersey, shorts, shoes and eye protection.

Help us support Ride It Out MTB this Memorial Day during INFINIT’s annual Memorial Day Giveback Event. A portion of every purchase made over Memorial Day weekend will go to bettering Veteran lives through mountain biking. 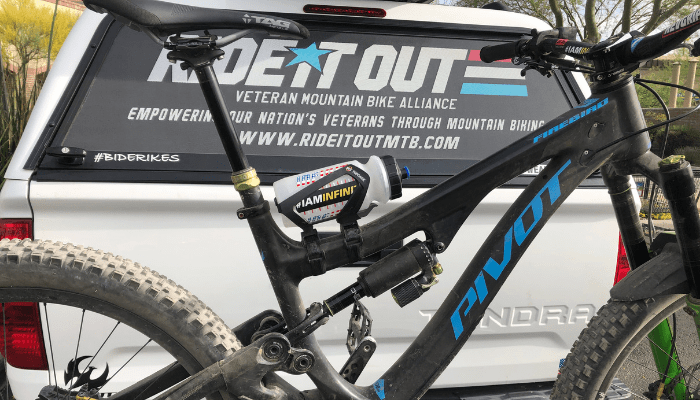 Laura Hering, RDN is INFINIT's Vice President and Director of Nutrition aka 'Chief Powder Slanger.' Laura is a Registered Dietitian Nutritionist and has been with the company for almost 10 years. She is the "INFINIT boss lady," utility player, recovering sprinter, and amateur endurance athlete.

Posted in Training and Coaches Articles