Team INFINIT Pro Triathlete, Rudy von Berg, talks to us about the breakout season he's had in 2018—Racing with his dad and sister at 70.3 Worlds in South Africa, going on to win 70.3 Nice 2 weeks later, and his experiences competing at the pro level at just 24 years old.

70.3 World Championships is every year one of the most anticipated races of the season, especially this year with the biggest names of the sport going for a World title. I had this race as my 2nd big objective of the season after 70.3 European Champs which I won back in June.

However, following the June races, a little injury in my foot interrupted the perfect build up I was having all year. I barely ran all of July all the way to August 8th where I didn’t have pain anymore and was able to to do a small build towards Worlds September 2nd, the big day in Port Elizabeth, South Africa. But with the injury in my coaches mind, the build was obviously very progressive with very little intensity. On the bike, I felt great and did a lot of miles for a few weeks when I wasn’t running. I had a particular span of time where I rode 24hrs over 8 days with about 450 miles and tons of elevation.

"I never gave up and kept on pushing all day to get the best result I could, even when in your head, you could let it go, saying that it’s not your day or some nonsense like that."

I wasn’t fully confident I could have a great breakthrough race because of the injury. Which is normal, but that is what the sport is all about, to overcome hard times and still perform at the best of your ability. Nothing is ever going to be perfect, you just need to learn to accept things that happen and make the best of the situation. You don’t want to let yourself down or anyone following and helping you in your career, so you just keep a positive attitude and go for it. That is what I tried to do. 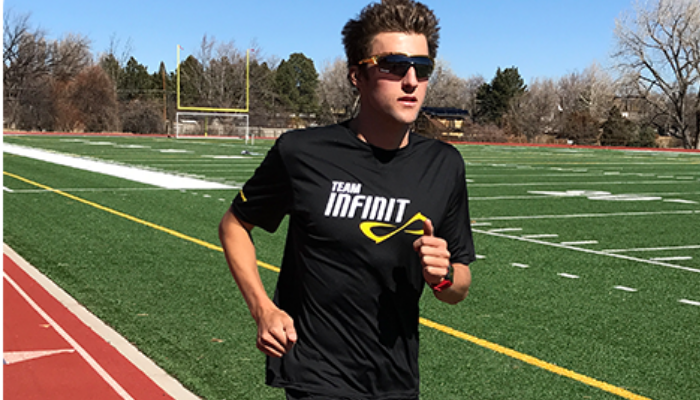 Spoiler alert: I ran a 1h14’05” half marathon with a 3’31/km avg on my watch following the highest bike watts I had all year to finish the race in 10th which was very good considering the ridiculous mileage and intensity I had for the two months prior to the race on the run.

The day didn’t start very well though, as my preparation didn’t in July. I missed the front pack of 9 guys on the swim where the main big names were, which made for a much harder day. Indeed, even with a 12-meter non-drafting zone, the group effect in a half ironman ride is huge, which requires you to push about 25 watts less to go the same speed than a solitary rider, if you are not leading that group obviously. I had great watts but kept on losing time to that group that included Frodeno, Gomez, Brownlee, Kanute, Appleton & Heemeryck.

"I felt strong for the entire 3h51’ thanks to my Infinit Custom race mix, that has been tailored to my needs. All my calories are in 1 bottle on the bike, which makes for a very easy and simple fueling strategy, without having to use gels."

I never gave up and kept on pushing all day to get the best result I could, even when in your head, you could let it go, saying that it’s not your day or some nonsense like that. 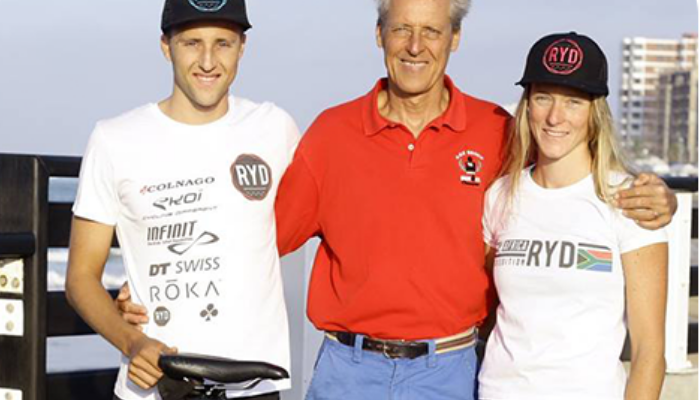 10th in the World is still something to be very proud of, especially in that crazy strong field, probably the best in history. I felt strong for the entire 3h51’ thanks to my Infinit Custom race mix, that has been tailored to my needs. All my calories are in 1 bottle on the bike, which makes for a very easy and simple fueling strategy, without having to use gels. Faster and more efficient. I have about 700-750 calories in that 1 bottle with about 80gr of carbohydrates per hour and the sodium I need. It is pretty concentrated, but good too and doesn’t mess with your stomach. On the side, I’ll drink 2-3 bottles of water.

The family component of this trip was also very important and helped get the most out of me on race day. My sister raced in the 25-29 Age Group on Saturday finishing 9th in her first year of triathlon. No doubt she will very quickly climb the ranks in her AG and maybe more if the opportunity arises. My dad has been doing triathlon for more than 30 years and won again a world title in his 60-64 age group, after many titles throughout his triathlon life including 2 Kona World Champs titles and three 70.3 World titles. More to come! Mom was obviously there too, helping us all out with anything we need, and was great to be with as always. 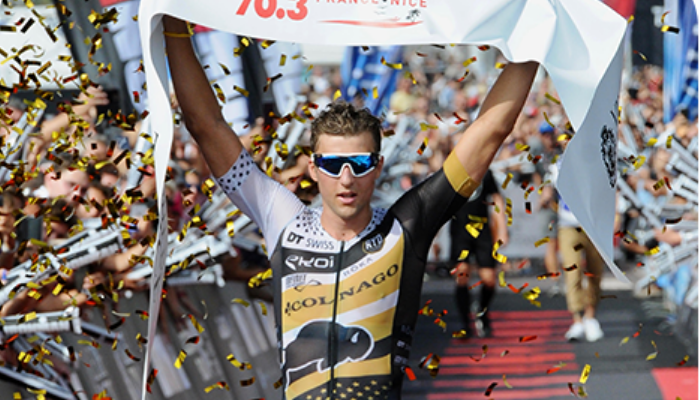 2 weeks after 70.3 Worlds was 70.3 Nice which was the 2019 70.3 Worlds test event. I raced there almost at home (I lived in South of France my entire childhood) and took the win in front of 2013 Kona winner Frederick Van Lierde and several other top contenders on an astonishingly beautiful, hilly and technical course.

That was very nice to win there after my little disappointment at Worlds 2 weeks earlier, and get all the confidence I needed for a great race at Worlds in 2019. That course is made for me and I will make the best of it next year. That race will obviously be the biggest objective of my 2019 season. I can do very well there.

Next up to finish up the 2018 season will be the 70.3 South American Championship in Buenos Aires November 4th.