We're wrapping up our series with Frankie Andreu, with a final insider view of one of the biggest races in the world - la Vuelta a España. The Vuelta is unlike any other race; for many riders, it's their last shot to prove themselves. Dive inside the peloton with Frankie, and into the mind of the racers who are going hard for the final Grand Tour race of the season.

It’s the step child of the Grand Tours. Whereas the Giro and Tour are like brothers the Vuelta sits a little to the side of the family. It’s still a Grand Tour, covering 3 weeks of racing, but it’s different than the first two. Starting at the end of August and going into September, the Vuelta comes near the end of the cycling season. Because of this, many riders are already tired, some are "voluntold" to do the race, and some are looking to make up for any disaster that took place earlier in the season. Many times it’s a salvage race for rider’s still looking for results and looking for a contract for the following year. It’s still hard to win a stage, but the style of racing is different than what takes place at the TDF and Giro.

I’ve ridden the Vuelta three times in '96, '97, and '99. Each year the race presented different obstacles to overcome. In 1999 we couldn’t even find the start of the race to pre ride the prologue. The race started in Murcia, and because of all the traffic and the size of the city it took us forever to even find the start. The locals that were riding with us said they knew the way, but after a couple of wrong turns, I highly doubted it. I think they just wanted to go for a bike ride with the team. On our way out of town we ran into another local who, in English, asked where we were going. We told him we just wanted to find a two-hour loop with a small climb that would put us out near our hotel. He told us no problem. He turned out to know what he was talking about so we dragged our tag along group over to the climb. We found the small climb, dropped the locals, and continued to climb for about six kilometers to where the road ended. We turned around and headed back to the bottom where the locals were waiting for us. They knew the road was a dead end, we didn't.

The Vuelta always presents challenges. There is the searing heat where the road seems to melt, to pouring rain where everyone crashes, to the grueling climbs, like the Alto de l’ Angliru with grades of 24% that go on for twelve kilometers. It’s a challenge and because it’s late in the season, riders will need to change their focus a bit.

At this point in the season, the riders' endurance and strength are present. This race is about recovery and maintenance from stage to stage. The athletes are already fit and skinny so what you don’t want is any more weight loss or deterioration of muscle. Obviously, it’s important to hydrate on the bike, and Infinit’s recovery is what completes the project with its blend of protein and calories. These after race mixes will repair muscle damage and fatigue while also replenishing the glycogen needed to be fueled for the next day.

Sometimes, that’s all it takes. One day at a time. 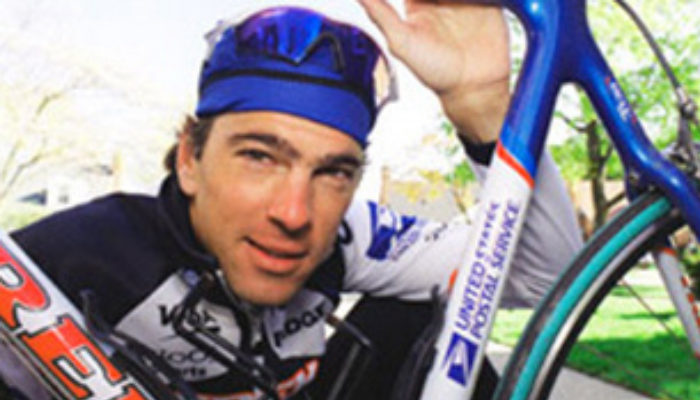 I’m used to suffering, but one day at the Vuelta, I was ready to tap out. I was done. I had already been dropped by the group and on the final climb I was by myself trying to make it to the finish. I was barely pedaling on the 15km climb, my legs had nothing left and I was looking to climb off. I knew we were close to Barcelona so I was thinking about how it would be easy to get a flight out. My director at the time, Johnny Weltz, was in the team car following me and when I told him my plans he told me no problem just get to the finish and we would see about flights. Not exactly the news I wanted but it convinced me to continue to make it to the finish.

The next day was a stage around the Montjuïc circuit in Barcelona. Johnny told me to just take the start and if I didn’t feel good I could stop. Well, I was even more tired than the day before, but as the rain fell, the riders held a protest about the dangerous conditions (which they were). We only rode two laps and stopped the race. This so-called "unexpected rest day" made the difference for me. The next day I started to recover better, and feel better, and a day later made the break and almost won the stage, finishing 2nd in a close sprint.

The Vuelta will be day-to-day for many of the riders. It’s about limiting the bad days and taking advantage when you have a good day. It doesn’t matter that the Vuelta is missing some of the spectacle that surrounds the Giro or TDF. A stage win at the Vuelta will elevate a rider to join an elite family that only Grand Tour winners are a part of.

Posted in News, Race Reports and The INFINIT Library

← PREVIOUS
The Next Generation of INFINIT Athletes
NEXT →
If You Slow Down, You Go Down
Related Posts
Categories
Recent posts
Tags
Sports Nutrition Endurance Nutrition nutrition Team INFINIT Protein