Caffeine is one of the most commonly used drugs in the world with millions (probably billions) of people around the world drinking coffee, tea, soft drinks, energy drinks, and taking various caffeine containing supplements on a daily basis. Why do we love caffeine so much? Whether its the morning cup of Joe or the afternoon energy drink to get over the 3:00 slump, we are obsessed (or should I say addicted) to caffeine! It gets us going, keeps us awake, makes us feel good, and helps us swim/bike/run/paddle/lift/climb faster, further, and heavier than without it!

So grab a cup of coffee or a serving of MUD and enjoy reading about the link between caffeine and athletic performance before you head out for your next training session!

Why does caffeine work? 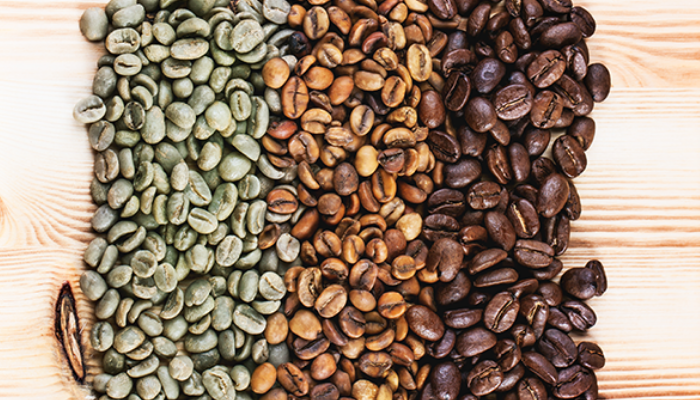 What types of athletes can benefit from caffeine?

A systematic review looked at 21 different studies that looked at only time trial performances (e.g. how fast can you ride 20 kilometers) with the length of the time trial being at least 5 minutes in duration and showed that caffeine increased performance on average by 3.2 percent over all 21 of these studies. The overall range was -0.3 (a small decrease in performance in one study) to 17.3% improvement and everywhere in between.5Looking at a 4.5 hour half Ironman without caffeine, you would be talking about 8+ minutes savings at the average improvement of 3.2% with caffeine. This could be the difference between grabbing that Half Ironman world championship spot and not!

When to use caffeine and how much? 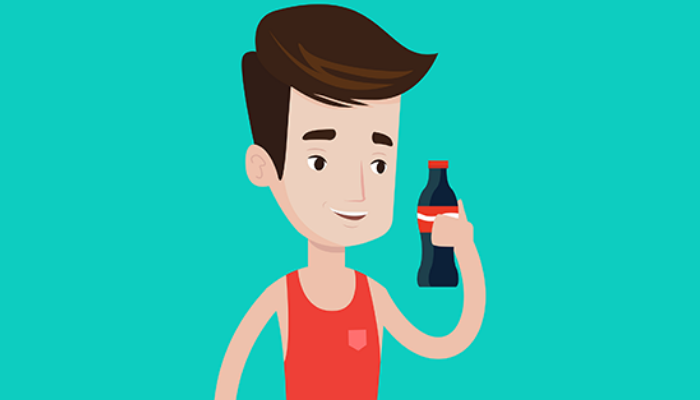 For events lasting up to two hours, consuming caffeine approximately 1 hour before the event seems to work best as it takes about 45 minutes for the caffeine to be absorbed into the body. The caffeine will still be present in the body for several more hours though with about half of the original amount still remaining after 3-6 hours.

Taking as little as 2 milligrams per kilogram (mg/kg) of body weight one hour prior to various types of activities has shown to be beneficial. Generally accepted amounts of caffeine that would be considered safe and beneficial would be somewhere between 2-6 mg/kg.3 How much is 2-6 mg/kg?

Amounts over this don't appear to provide much additional benefit and may begin to cause adverse/negative effects on the body and performance. And for collegiate athletes competing in an NCAA sport, over these amounts may trigger a positive doping violation, so to be on the safe side, stick with a lower amount of caffeine closer to 2-5 mg/kg which has been shown to be just as effective as higher doses (9 and 13 mg/kg compared to 5 mg/kg).9

For those of you participating in long duration endurance exercise (70.3 and full Ironman triathlon or ultra-running, biking, or swimming), it can be beneficial to continue to supplement with caffeine during your training/event. Adding 20-60 mg of caffeine per hour to your nutrition plan will give you that extra kick of caffeine to keep you going strong through long endurance events. Or, you can save your caffeine for later in the race as your body begins to get tired in order to keep your intensity up and help block out some of the feelings of fatigue. Everyone tolerates different amounts of caffeine so just be careful not to add too much caffeine as more isn't always better and can lead to some negative side effects if you consume too much!

Just like anything else in sports nutrition, always practice with caffeine in some key training sessions to see what works best for you and how much caffeine is the right amount for you.

Looking for a lower calorie pre-workout supplement to take before your next race or training session?

Check out a couple of our staff's pre-workout custom formulas in the Community Share Formulas:

These are great options if you're looking for that morning jolt of caffeine before you head to your early workouts!

Adverse effects and how much is too much?

The World Anti-Doping Agency (WADA) has gone back and forth on caffeine over the years and it is currently on the 2017 monitoring program, meaning caffeine is legal and they have not outlined any specific levels that would be considered a positive violation however they are continuing to observe athletes' use of caffeine to determine if an upper limit should be set as it once was. 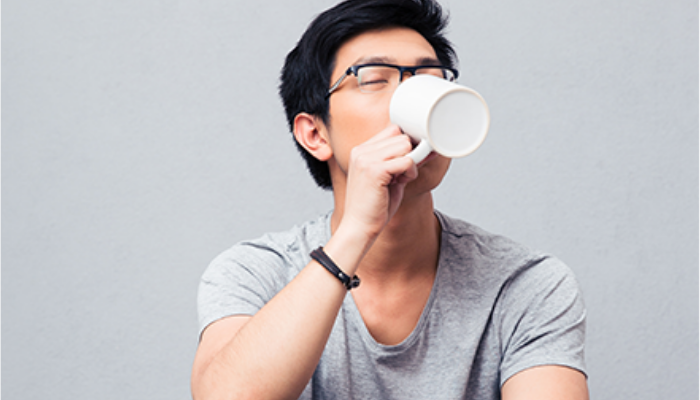 Many people say caffeine is a diuretic and will cause dehydration, however there is little evidence to support this claim. One of the main reasons this tends to be untrue is because often times we are consuming fluid along with the caffeine (sports drinks with caffeine, coffee, soda, etc). Although caffeine may not contribute to dehydration, it CAN negatively impact thermal regulation (your bodies ability to regulate its temperature) when consumed without adequate fluid. This means you may be more likely to overheat when using caffeine if you are not taking in enough fluid. This would be more likely to occur if taking some sort of caffeine pill with minimal fluid intake. The takeaway message here is to make sure you are staying hydrated and taking in enough fluid (which you should be doing whether you are using caffeine or not!).

Other side effects of too much caffeine include anxiety, jitters, insomnia (inability to fall or stay asleep), irritability, gastrointestinal problems, increased heart rate and irregularities of the heart beat including arrhythmias.

Do I need to cut out caffeine before a race to get a benefit?

A few studies have looked at the effect of caffeine habituation (how used to caffeine someone is) and the effects of caffeine on performance. Fortunately for those of who can't stand the thought of giving up our morning cup (or three!) of coffee, a recent study looked at the use of caffeine (6 mg/kg) 1 hour before a 30 minute cycling time trial in low, moderate, and high caffeine users (equivalent to approximately 1, 3 and 5 cups of coffee per day, respectively) and found no difference in performance between any of the caffeine groups.7 Essentially, the caffeine still provided a 3.3% improvement no matter how much caffeine they were used to taking (which is pretty much identical to the review mentioned above).

How much caffeine is in everyday products?

Shot of espresso: around 75 mg

Here at INFINIT, we have a number of products that contain caffeine.

Custom Mixes are what we specialize in here at INFINIT! With a custom mix, we can help you dial in your mix to YOUR individual needs and preferences. You pick the flavor, flavor intensity, calories, electrolytes, protein, and of course, the caffeine, any amount 0-200 mg!

:JET FUEL is our highly caffeinated speed formula with 125 mg per serving. Jet fuel can be used during any shorter duration workouts or races where you are looking for that extra kick of caffeine! Jet Fuel can also be used as a pre-workout before a race or hard training session. 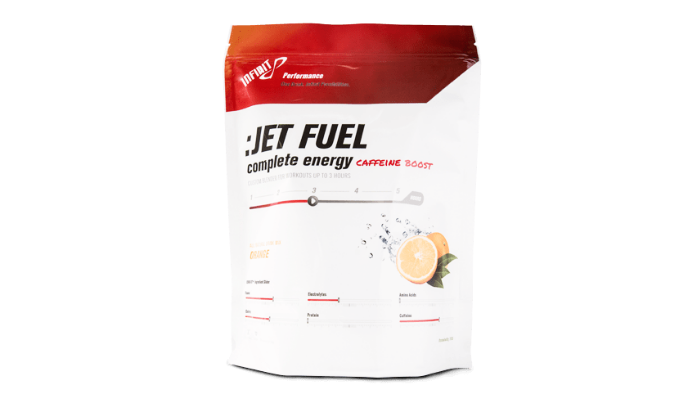 MUD is INFINIT's highly popular coffee, chocolate, protein, and flax pre-workout meal replacement. Each single scoop serving of MUD has approximately 25 mg of caffeine from coffee along with 11 grams of whey protein and 19 grams of carbohydrate. MUD can also be used as an afternoon pick-me-up or post workout to get a jump on the recovery process. 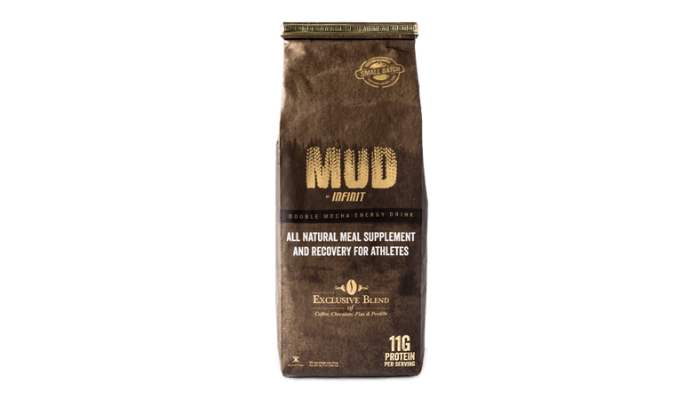 US Master's Swimming Training Mix has 55 mg of caffeine per serving and is available in any flavor of your choice!

:HYDRATE (caffeinated) is is our newest low calorie sports fuel and contains 125mg of caffeine + 2g of fatigue fighting beta-alanine per serving to keep you energized and strong through even your highest intensity workouts.

Remember, caffeine is a stimulant (drug) so use it wisely. Individuals with high blood pressure and other heart conditions should avoid or limit their caffeine intake. Always ask your doctor before using a product with caffeine to ensure it is safe for you to take.

Posted in Training, Science, Beginners Guide and The INFINIT Library