Sunday, October 31 - As the sun set on the final UCI race the Kingswood Cyclocross venue in Mason, Ohio Stephen Hyde (Cannondale Cyclocross World) crossed the finish line, arms aloft in front of a loud crowd to take his second victory in as many days of racing at the Cincy CX Festival with PanAm Championships. The men’s Pro UCI C1 (highest international category) at Kings on Sunday capped off two days of racing for amateurs and professionals alike.

Competition kicked off early Saturday morning at Devou Park just above Covington, Kentucky. The venue features hilly, technical terrain and some of the area’s best views of the Ohio River and Downtown Cincinnati. After the morning age group and category racing, the Pros, U23’s, and Elite Juniors vied for the gold medal in the Pan-American Championships. Riders from North and South America were represented. Local rider, and last year’s Junior Pan-American Champion Spencer Petrov (Cyclocross Alliance), toed the line of the U23 race. The U23’s are young Pros and Elites aged 18-23. Spencer is an Infinit sponsored athlete and brand ambassador. 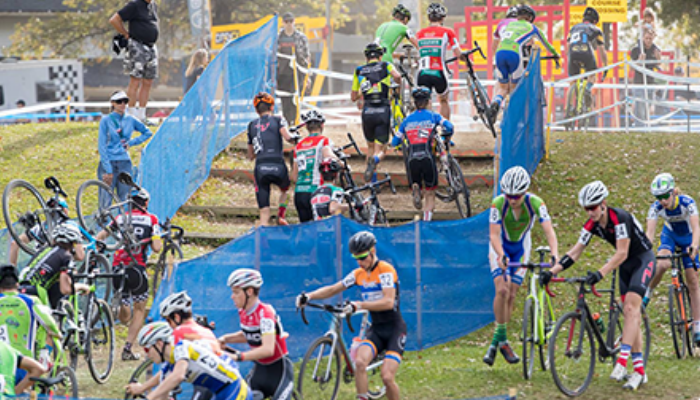 Infinit is the perfect nutritional companion to cyclocross, especially when racing two days in a row. Many athletes use a short to medium duration mix in the hours leading up to these 30 to 60 minute super-intense contests for warm up and pre hydration.

Infinit’s Jet Fuel is a favorite among ‘cross riders to drink just before the race and, of course, Repair recovery mix immediately after finishing. Hydration and fueling is critical in CX because most riders do not carry bottles and hand ups are not allowed. Nocturne nighttime repair is the ideal pre-bedtime drink to ensure rest and rebuilding so you are ready to race the next day.

Saturday was the third edition of the Pan-American Championships and saw Petrov take the bronze medal in the U23 category, an impressive feat for his first year in the age group. The men’s pro race shaped up to be a front group of 5 before Hyde took off solo in waning laps.

At Kings CX, on a day that went from hot and dry to cold rain and slippery mud, Sunday’s racing was dynamic from start to finish. The Pro Women’s came down to an elimination between Katerina Nash, Compton, and Noble who finished in that order. Just as the men’s race began the temperature dropped and the rain started to fall. Corners that were fast and grippy earlier in the day became greasy and treacherous. The Pro Men field included many from Saturday’s PanAm plus some of the U23 young guns. A large front group of 8 formed up quickly. Spencer Petrov gamely chased and was ultimately 15th after some late race crashes. Meanwhile Hyde struck out with 2.5 laps to go and sealed and impressive second win.

John Gatch is cycling. He is a promoter, organizer, director, announcer, podcast host, and national champion of the sport. He has spent his life contributing to teams and races worldwide. From working as a mechanic with pro teams in Europe to charting courses in China to organizing races in Ohio, Gatch has had an impact on the cycling community unlike any other. He currently co-hosts one of the most popular cycling podcasts on iTunes, The Two Johns Podcast, and co-runs the ever-expanding Ohio Valley Cyclocross Series. Gatch won the 2010 Tandem National Championships and, always one to cultivate new cyclists, leads/coaches/runs the Prochain Junior Development team here in Cincinnati, a team which has fostered world tour talent. Cycling is a better because of people like John. INFINIT is proud to be a friend and sponsor of John Gatch.