As the Tour de France heads into its last week of competition, the race distances will get substantially shorter but that does not mean they get any easier.  After rest day two this Tuesday, the riders head into the mountains for some of the most difficult climbing days on the planet.  Having already completed the incredibly strenuous, 1800 m climb that is Mont Ventoux, the riders already know what’s to come.  With only 5 stages left in the tour the riders are ready to settle in and take on the mountains of western Europe.  This week, Frankie Andreu explains just what it will take to propel riders over the top, as they prepare to finish one of the longest months of riding in their lives.

Some cynic once said that nobody ever won the Tour de France on just water. Not only is he wrong, but the opposite is true: Nobody ever won a bike race without water. Exercise performance is impaired when an individual is dehydrated by as little as 2% of body weight. Losses in excess of 5% of body weight can decrease the capacity for work by about 30%. This is why when racing in the hot mountains of the Tour de France having the right absorption rate of electrolytes to carbohydrates to water is critical. What you put in your bottles can make the difference between winning or even just finishing. 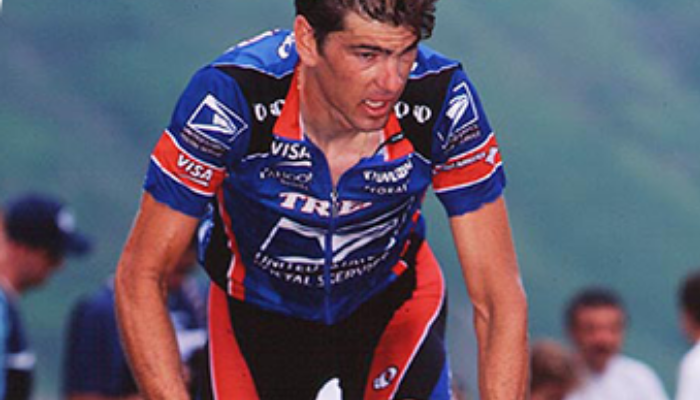 Keeping the riders hydrated is so important that teams will have two or three members of each team, called domestiques, whose job it is to bring water bottles from the team cars up to the lead riders. After 50km’s of racing, when feeding is allowed, the domestiques will start dropping back, taking three, four, six, even ten water bottles from the mechanics, stuffing them in their jersey pockets, down the front of their shorts, in the straps of their bibs, wherever. Then they have to haul ass back to the peloton and hand them out. It can take a while to find everyone in a 180-rider pack, and even longer to make sure each rider gets their custom drink mix like INFINIT can provide.

The problem for the domestique is predicting the easiest times during the race to drop off the pace of the pack to pick up a bunch of bottles or food. The only main rule is to never go back for bottles on, or at the bottom, of a climb.  Imagine how much extra weight a rider would be carrying with seven or eight water bottles in their pockets on a climb.  The downhills are the easiest time to collect bottles but they are the most dangerous. Trying to steer your bike around corners at 60km/hr with one hand on the bars and the other hand grabbing bottles form the team car is not for the timid. 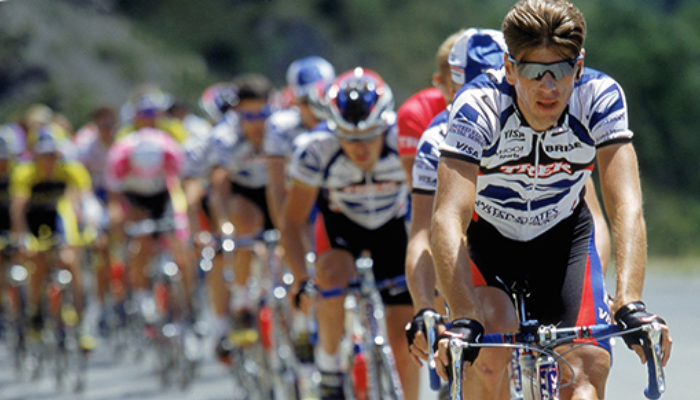 To help the riders in the hot mountains many spectators and fans, that line the road, hand up water and drinks. This helps but it doesn’t cure the problem.  If there ever was one word of advice that meant the difference in finishing or quitting the Tour then this is it. Don't hang on to the cars! That’s good advice but that’s not what I’m talking about, it’s don't drink the water. The first rule for a Tour rider, at least in my tutorial learning process under Yates, Anderson, Bauer, Hampsten, and Ochowicz, was to never drink the water that is handed up from a fan. I can’t remember how many times this advice has been drilled into my head. A rider can take the water to pour over their head, wash their hands, or cool their feet but they should never drink it.  The problem is that they don't know where the water came from or what someone might have done to it.   The danger is that the water might not be bottled water. The only time you can take a drink is if you open the cap yourself, the same applies with the soft drinks. Many people open the cans before handing them up to the riders but one mistake can cost you dearly.  After the first riders pass and grab drinks from the fans they will throw the empty bottles to the ground.  Normally, the fans don’t have enough fresh water to give to all the riders but they still want to participate in the ceremony of handing up water to the struggling bunch bringing up the rear. Sometimes, many minutes and many riders are between the first group and last group. The fans will just refill the bottles with whatever water might be handy. It might be from a puddle on the road, a local stream nearby, or the tap from a camper. While most fans have good intentions, you can always find one that has a screw loose. There might be a chance that they put something in the water that you don’t know about.  Hell, it might not even be water so stick with your own INIFINIT mix.

Believe it or not there is a technique to survive the furnace days in the mountains.  You have to stay on the outer edge of the group while not being too far out to catch any wind. The edge of the group is where you can grab the drinks from the fans along the side of the road. It becomes dangerous when you are just behind a rider when he decides to take a right turn to go and get water. Another Tour rule, especially if you are in the grupetto, is that if you grab water you have to share it. You never grab a water jug, no matter how big or small, without passing it back for someone else to cool off. Many times what will happen is that the same guys in the front take all the bottles. If there is a person standing every twenty meters with a bottle some riders will grab every one of them. If you are in the back you never get to see any water much less get your hands on one. I’ve seen riders stop and steal from picnic tables whatever drinks that might be sitting out. I remember Eros Poli grabbing a two liter jug of coke and bringing it into the group to share with everyone.  Personally, I don't like Coke. My eyes were always set on finding a cold Fanta or Sprite, this was like striking the lottery.