For the past 150 Years soccer has been called "The worlds sport." Soccer is the most watched, highest attended, and most played sport in the world.

While FC Cincinnati only came into existence in 2016, in only a year the club has shown its muscle. Playing in the USL with MLS dreams, FCC made the playoffs in its opening year, set the record for USL attendence, the record for highest attendence in the State of Ohio for a soccer match, and beat their Ohio MLS rivals, the Columbus Crew, to advance in the 2017 Lamar Hunt Open Cup. 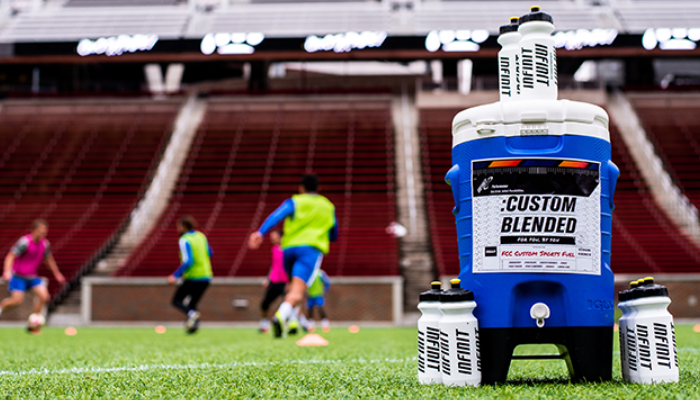 "INFINIT has a proven product that allows me to customize the drink down to every nutrient to help fuel and hydrate the players properly. "

INFINIT Fuels FC Cincinnati with a specially designed custom formula during their rigorous practices and training regimen. While FCC works to win games, vie for championships, and head towards the MLS, INFINIT is keeping the team fueled and hydrated with their all-natural sports fuel, so the athletes are able to perform at their best. FCC Athletic Trainer, Aaron Powell, outlined what he wanted to see in his team’s sports drink mix, and INFINIT was able to design a custom blend to his exact specifications. The goal was to create a sports fuel that is lower in sugar than other sports drinks, but leaving plenty of carbs to keep players going strong, and ample electrolytes to keep them hydrated through even the most grueling summer conditions.

"Our players' performance is highly dependent on what they put in their bodies. If a player isn't fueled or hydrated, their performance suffers," explained Aaron. "INFINIT has a proven product that allows me to customize the drink down to every nutrient to help fuel and hydrate the players properly. It's also reassuring that INFINIT uses high quality and clean ingredients, so I'm confident that the players are consuming a safe, world-class product with no additives." 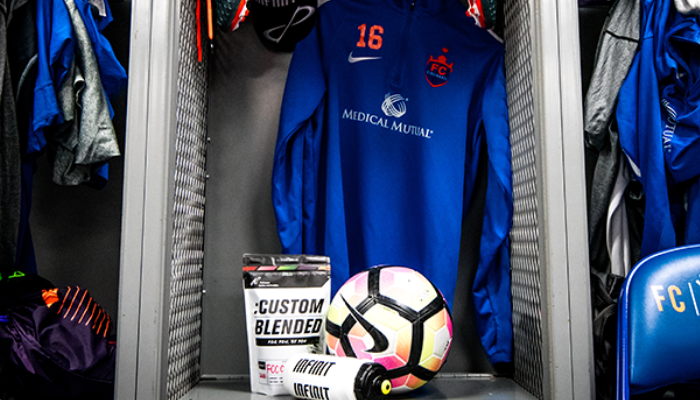 FCC's has continued its dominance this year with another MLS upset. FC took down Chicago Fire in a shootout win in the 5th round of the U.S Open Cup which took place June 28th at home in Cincinnati.

FCC has some big games coming up on their schedule. The club will be facing off against 6 time La Liga Champion, 7 time Copa del Rey, and 6 time EUFA Cup Champion, Valencia Club de Fútball (Valencia CF) in Cincinnati on July 24th, and they continue their run in the U.S Open Cup against FC Miami on Wednesday, July 12th.

Check out our soccer specific formulation designed in coordination with FC Cincinnati:

Posted in Team INFINIT and News