Harvey Lewis has been a runner all his life and ran his first marathon at age 15. At the tender age of 20, Harvey was having to deal with becoming a new parent all while trying to cope with the loss of his mother one year earlier. This was also the age he tackled his first Ultra Marathon, later stating “"[I was] a young parent, and my mother had had a stroke one year prior. I needed a positive outlet where I could calm the waters. That race was a big deal to me."

After 17 years of tireless work, Harvey finally finished with a time that qualified him for the Boston Marathon. 6 years later he found himself as a member of the USA Track and Field Team for international 24-hour competitions. In 2012, he was a member of the USATF team that claimed bronze in 24 Hour competition in Poland and gold the following year in the Netherlands. Harvey also won the 2014 Badwater Ultramarathon, which National Geographic called “the world's toughest race.” 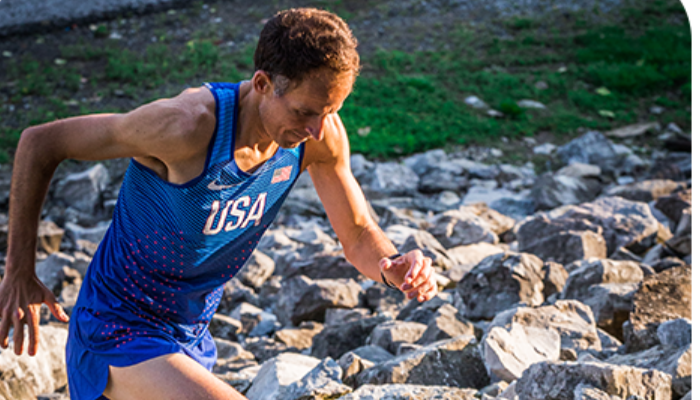 Though no story is complete without its share of hiccups. In 2004, Harvey was in a car accident the fractured two of his vertebrae. He was inches away from death and spent the next two months in a neck brace, but through his determination and resolve, he ran and completed a marathon just 3 months after the crash.

There is more to Harvey than just a father and athlete...

Harvey Sweetland Lewis is a teacher in the Cincinnati Public School System (CPS), teaching at the School of Creative and Performing Arts? (SCPA) in the subjects of: Government, Economics, Social Studies, and Psychology.

Now, If we sit down and think for a second we all have that teacher or professor that left us simply in awe. Harvey Lewis is one of those teachers.

Harvey decided he needed to live the history he teaches, to go back to the source, and what better way to do that than to incorporate his passion, running. He ran the path of Martin Luther King’s Selma to Montgomery March with stops along the way to interview people such as Amelia Boynton Robinson and Rev Richard Boone, both active participants in the civil rights movement. Harvey also ran the path of Gandhi's Salt March which started from Gandhi’s home and continued to the City of Dandi, a journey of 241 miles. While making this Voyage he was greeted by the Indian press and many people who offered him food, and their homes, as well as being joined along the way by many others. Harvey, in these pursuits, has been to all 7 continents, 84 countries and has talked to countless people while learning countless lessons.

Harvey uses these experiences to teach his students in a way he believes he was never taught, stating: "There were places that I went to that I'd never learned about in school. It inspired me to want to teach about those things I'd seen and witnessed firsthand." He documents his travels with pictures and video of all the people he meets and places he visits along the way. He enjoys sharing with his students so they too can learn about history from a first-hand perspective, enabling them to learn more, and become more well-rounded individuals. 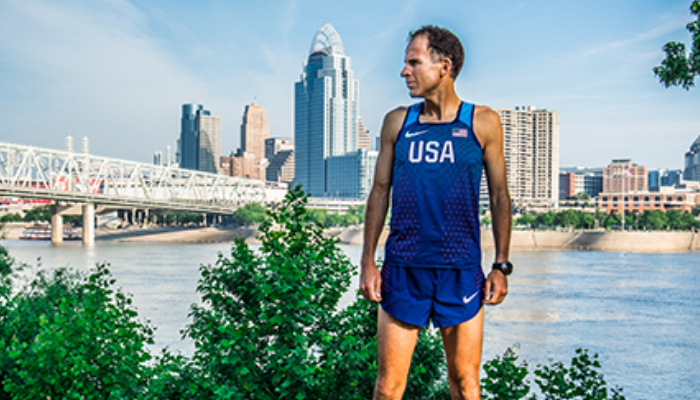 Harvey is a valued member of the community who runs many of his races for charity. His primary cause is for funding for ADHD relief, something close to his heart.  As a person who has struggled with ADHD, and as a teacher trying to help his students, (many of them also with ADHD) Harvey understands their struggles.

INFINIT is proud to be working with such an elite athlete and a man of upstanding character. This season he has already conquered the 24 Hour World Championship in early July, then competed and landed himself a 3rd place finish at the Badwater 135 less than 2 weeks later!

Read Harvey's race report of his come from behind 3rd place finish at Badwater 2017...

Harvey Lewis on ESPN at the 2014 Badwater Ultramarathon:

Harvey Talks About His Badwater Experience:

Harvey Explains What it's Like to be an Ultramarathoner: